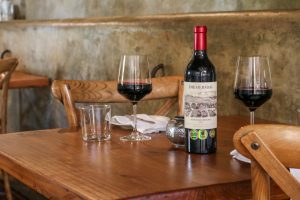 The Platinum was awarded to the Diemersdal Pinotage Reserve 2016, while the sixth generation farm owned by the Louw family took Double Golds for its Private Collection 2016 Bordeaux blend, the Diemersdal Woolworths Reserve Collection Merlot Malbec 2017 and its Eight Rows Sauvignon Blanc 2018.

Thys Louw, Diemersdal proprietor and cellarmaster, says the achievements at the Michelangelo Awards are of especial significance due to the fact that the entries are judged by panels comprising a majority of international wine experts.

“This year’s Michelangelo saw 30 judges from 16 countries scrutinising the entries, and the awards went to wines that had passed the stringent selection from diverse international palates,” says Louw. “If you are an international wine producing country wishing to compete globally – such as what South Africa is – international opinion is of the utmost importance. Diemersdal is therefore elated at the tally of medals we garnered this year.”

Some 2 255 entries were received for this year’s Michelangelo International Wine and Spirits Awards, making it South Africa’s leading international drinks event and the largest competition of its kind in Africa.

Despite being renowned for its innovative approach to Sauvignon Blanc, Diemersdal Estate has a pedigree as a producer of fine red wines. Louw is therefore not surprised by the performances of his red range at this competition.

“The Durbanville region definitely has the potential to deliver some of the finest red wines in South Africa and the world,” he says. “The roots of Durbanville viticulture and wine-making have always been firmly embedded in red wine, long before this was known as a world-class Sauvignon Blanc region.

“Through the 1970’s and 1980’s we were known for red wines, especially Cabernet Sauvignon. The fact that arguably South Africa’s greatest red wine – the GS Cabernet 1966 – was made from Durbanville grapes, underscores our area’s red wine pedigree.”

“The Eight Rows was the first wine I was allowed to make on the farm, and paved the way for my commitment to and belief in South Africa Sauvignon Blanc,” says Louw. “Michelangelo’s international judges are notoriously strict in judging our country’s Sauvignon Blancs, so to have cracked a Double Gold this year is of great importance to us and to South African Sauvignon Blanc as a whole.”