Skip to content
Home/News/Diemersdal: A Decade in Review
Previous Next

Diemersdal: A Decade in Review

As the year 2019 draws to an end, Diemersdal Estate looks back at an eventful and celebratory past decade.

FIFA World Cup Year in South Africa, and a couple of amazing accolades for Diemersdal. Diemersdal was named Top Producer at the Michelangelo International Wine Awards for the seven Gold Medals it scooped for its Sauvignon Blanc wines. This was the year confirming the arrival of Diemersdal as one of the leading producers of South African Sauvignon Blanc, with the Michelangelo achievement helping to pave the way. As a wine competition Michelangelo uses a majority of international wine experts to scrutinize entries, and with Diemersdal dominating the Sauvignon Blanc category, word got out to the world that great things were happening on this Durbanville Estate.

2010 also saw the maiden vintage of the Diemersdal Pinotage Reserve launched, a classic expression of South Africa’s famous home-grown variety using grapes from older dryland vineyards. Subsequent to its release, Pinotage Reserve has become one of the country’s most highly regarded and most awarded Pinotage wines.

In this year 7th generation of Matthys Michael Louw is born to Thys and Ladine Louw – and it wasn’t long before young Tienie was to be found in the winery showing ambitions of becoming a winemaker himself. 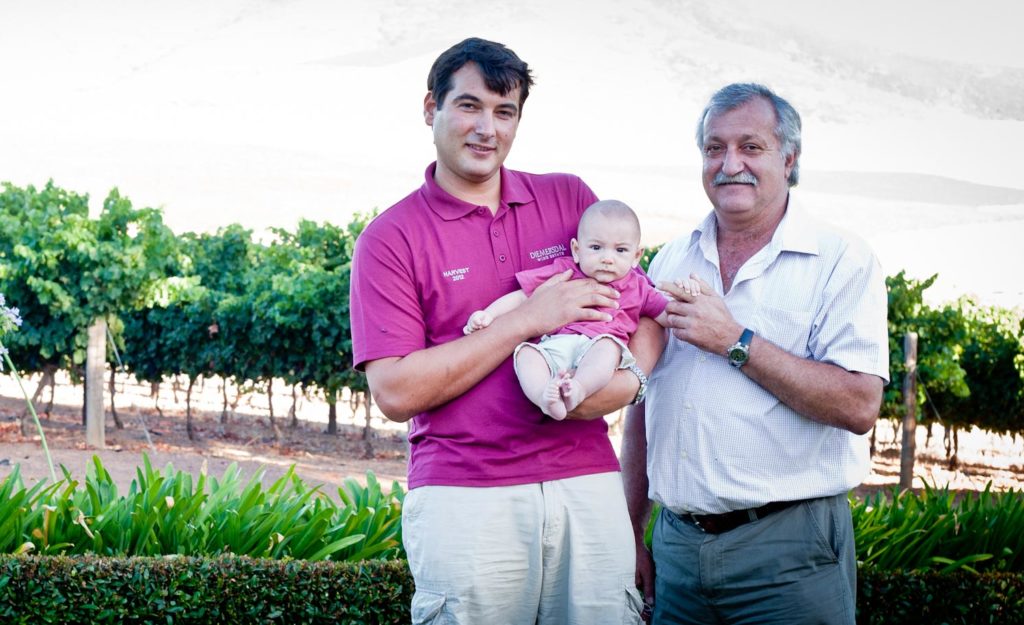 A great year for awards and honours. Diemersdal was named best South African producer at the China Wine Awards and Thys Louw was crowned White Winemaker of the year at the Diamond Wine Awards. Back at the Michelangelo International Wine Awards the Diemersdal Pinotage Reserve 2011 was named Best Wine on Show as well as winning the Sue van Wyk Pinotage Trophy.

As one of the most popular destinations in the Durbanville Wine Valley, Diemersdal opened its first restaurant on the estate, with the Diemersdal Farm Eatery today having become one of the top wineland eateries in the Cape.

South Africa’s first Grüner Veltliner is produced, a wine made from Diemersdal grapes. To date, this is the only wine made from this variety made in South Africa and since the first vintage has been met by critical acclaim and with commercial support from the consumers.

The same wine also won the General Smuts Trophy for Best Wine of the Show at the SA Young Wine Show in 2013, garnered 4.5 stars in the Platter’s Wine Guide, struck a Gold Medal at the Veritas Wine Awards, a Gold at the SixNations Wine Challenge and another international Gold at Concours Mondial.

Diemersdal Grüner Veltliner also one the Trophy for Most Innovative wine at the Michelangelo International Wine Awards. 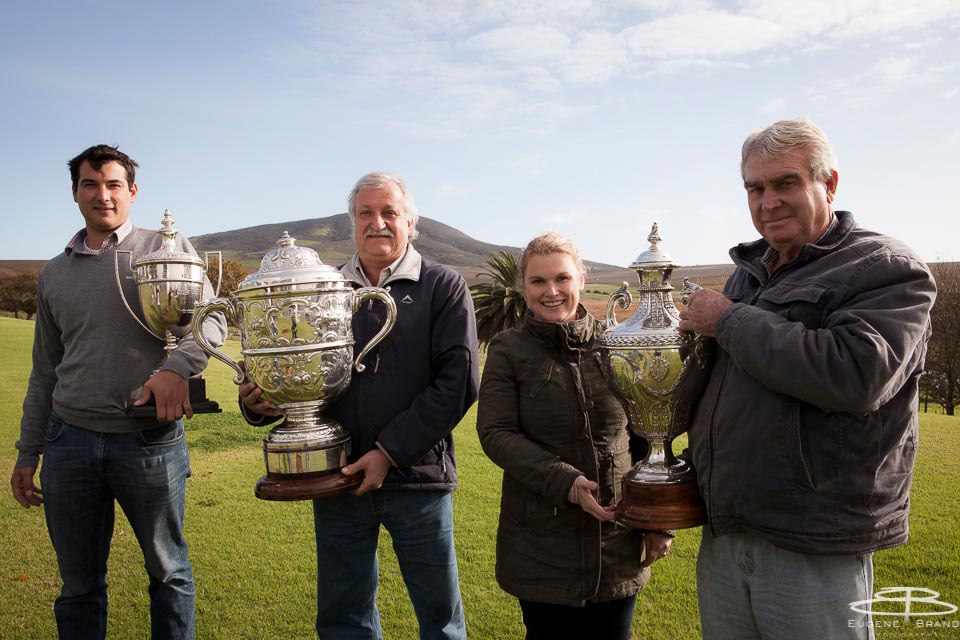 To add to the diverse offering of Diemersdal’s famous variety, bush-vine Sauvignon Blanc was planted to the dryland soils to provide complex, linear fruit to the wine range.

This year also saw Diemersdal celebrating the ten year anniversary of the first vintage of the 8 Rows Sauvignon Blanc, the first wine made by Thys Louw after joining the farm in 2005 and a wine today regarded as one of South Africa’s finest expressions of this variety.

Innovation continued unabated, with the release of Diemersdal Wild Horseshoe, a skin-fermented Sauvignon Blanc with only wild yeast’s speeding along the fermentation process. The wine is named after the old horse-shoes that are still found in the vineyards, harking back to the days when the vines were tended and earth ploughed with the help of horses.

Diemersdal launches first Malbec, a wine from the 2015 vintage. 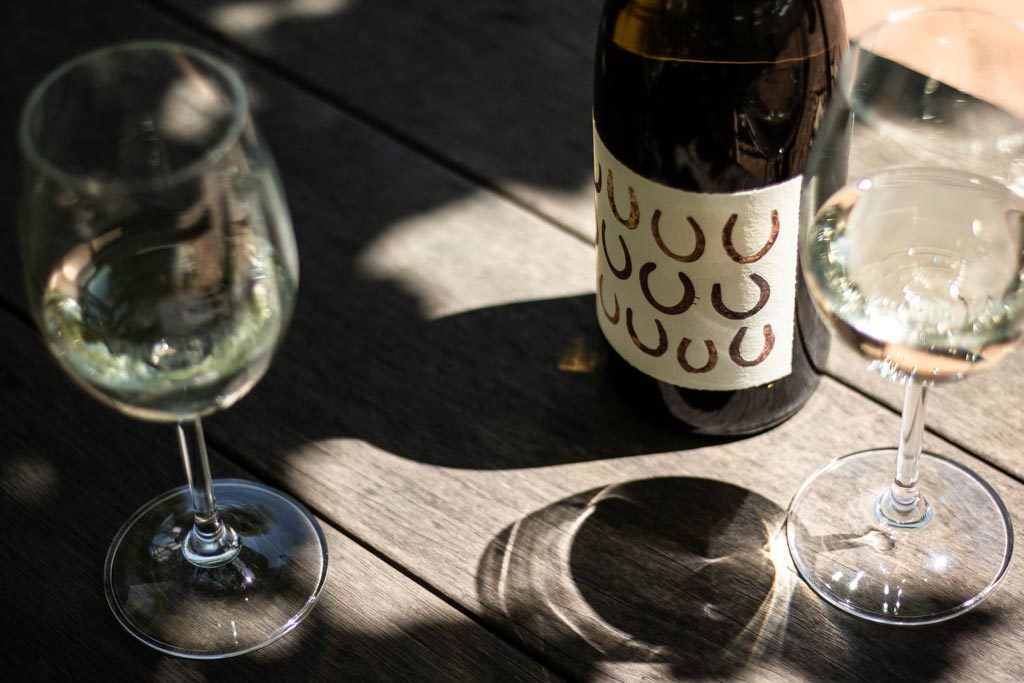 Diemersdal turns the South Africa Sauvignon Blanc industry on its head with a revolutionary wine made from juice fermented after having been frozen for six months after harvest. The unique tropical character of the Diemersdal Winter Ferment, the result of elevated thiol levels achieved via the freezing and thawing of unfermented juice, grabs the imagination. As well as the critical palates of the wine judges. To date it has won best Sauvignon Blanc at the SA National Young Wine Show, two Veritas Double Golds and a spot on the prestigious annual FNB Top 10 Sauvignon Blanc Competition for three consecutive years.

This was also the year in which Diemersdal helped initiate the new Wine of Origin Cape Town wine district, adding impetus to the region’s wines through association with a world-renowned brand. In the Platter’s Wine Guide, both the MM Louw Sauvignon Blanc 2015 and 8 Rows 2016 were nominated for five stars.

Major expansions! Another 10 hectares of Sauvignon Blanc is planted on Diemersdal and cellar capacity is expanded with new pressing equipment.

Thys Louw is made non-executive board member of Wines of South Africa, the industry’s generic marketing body for international markets. He is also selected to the board of Cape Vintner Classification (CVC), a body of South African wine producers aimed at elevating the premium status and image of local wines, especially in international markets.
Following on a visit Marlborough, New Zealand where he was the only South African wine producer to speak at the International Celebration of Sauvignon Blanc, Thys Louw decides to bring in a New Zealand wine under the Diemersdal banner. Diemersdal Marlborough Sauvignon Blanc 2019 was made at Dillons Point in Marlborough in Conjunction with Ben Glover of Glover Family Vineyards and was release to great acclaim in South Africa in November this year.

Diemersdal staked a place as one of the most successful producers in the history of the annual Absa Top 10 Pinotage Trophy awards by this year raking in its eighth Top 10 trophy. The Diemersdal Pinotage Reserve 2018 was selected as one of the Top 10 winners in this year’s prestigious competition, which was held for the 23nd time attracting 161 entries. The same wine also won a Veritas Gold medal and garnered a five star rating in the Platter’s Wine Guide. 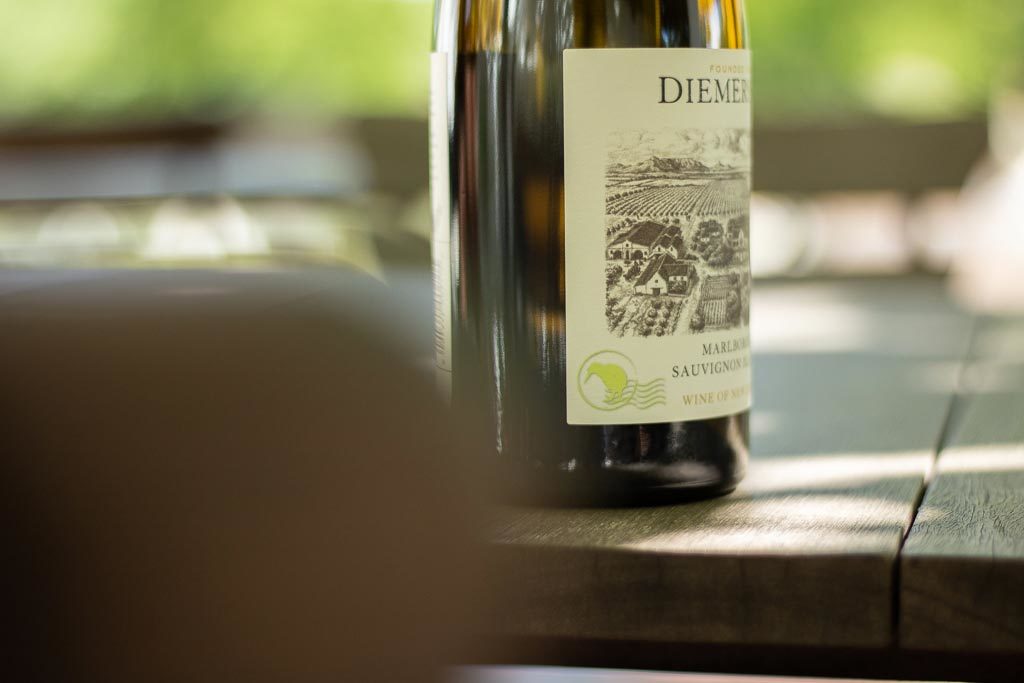